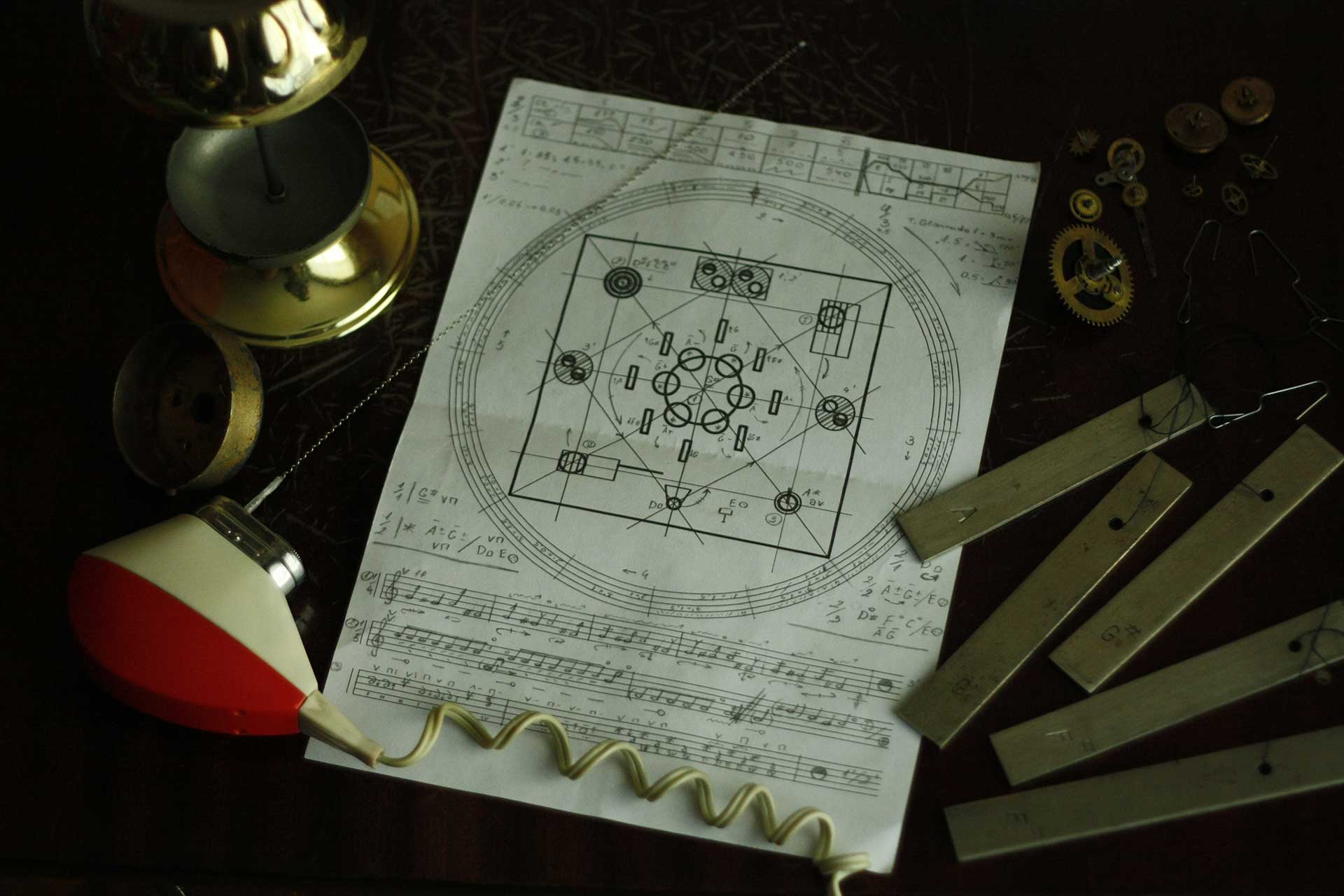 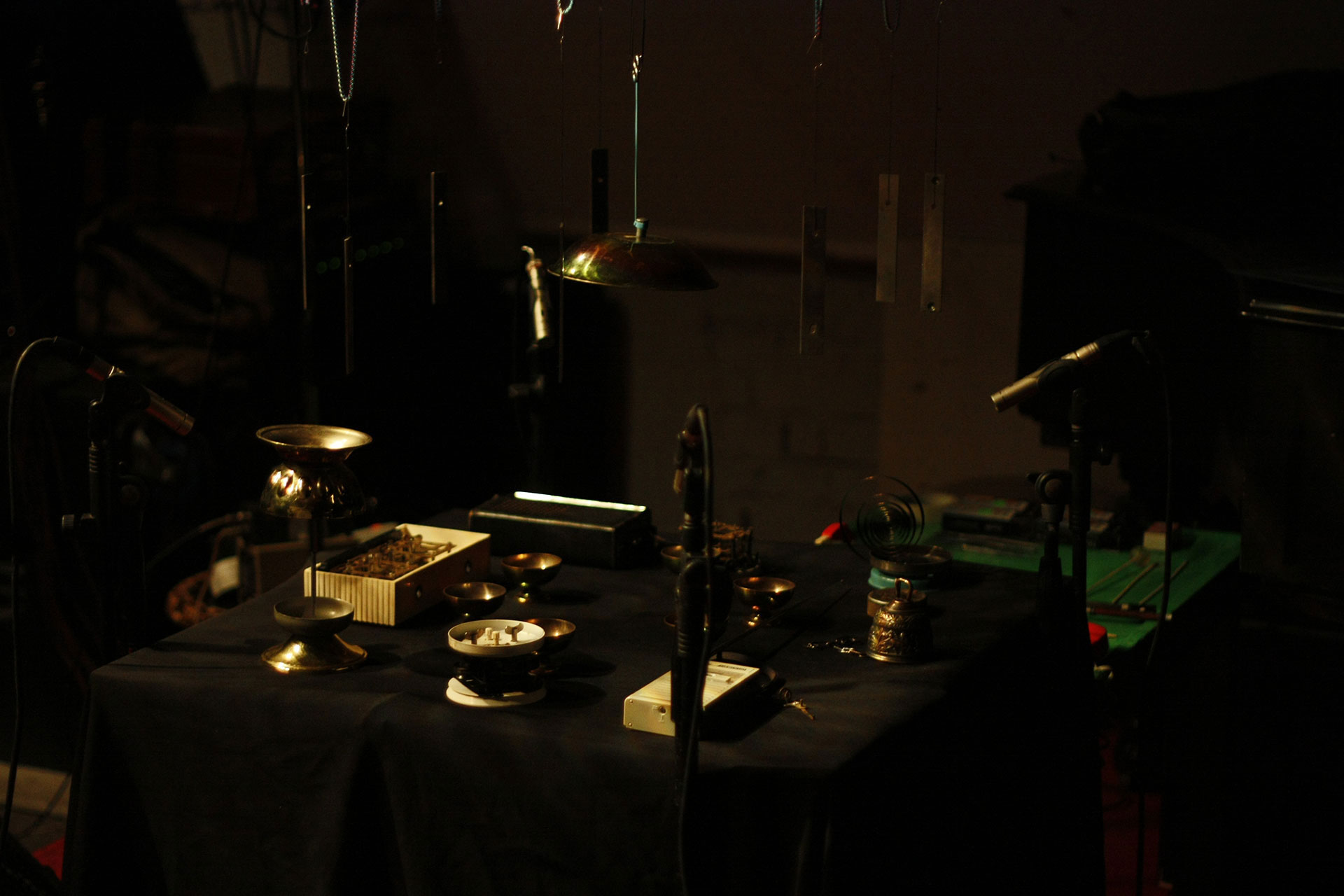 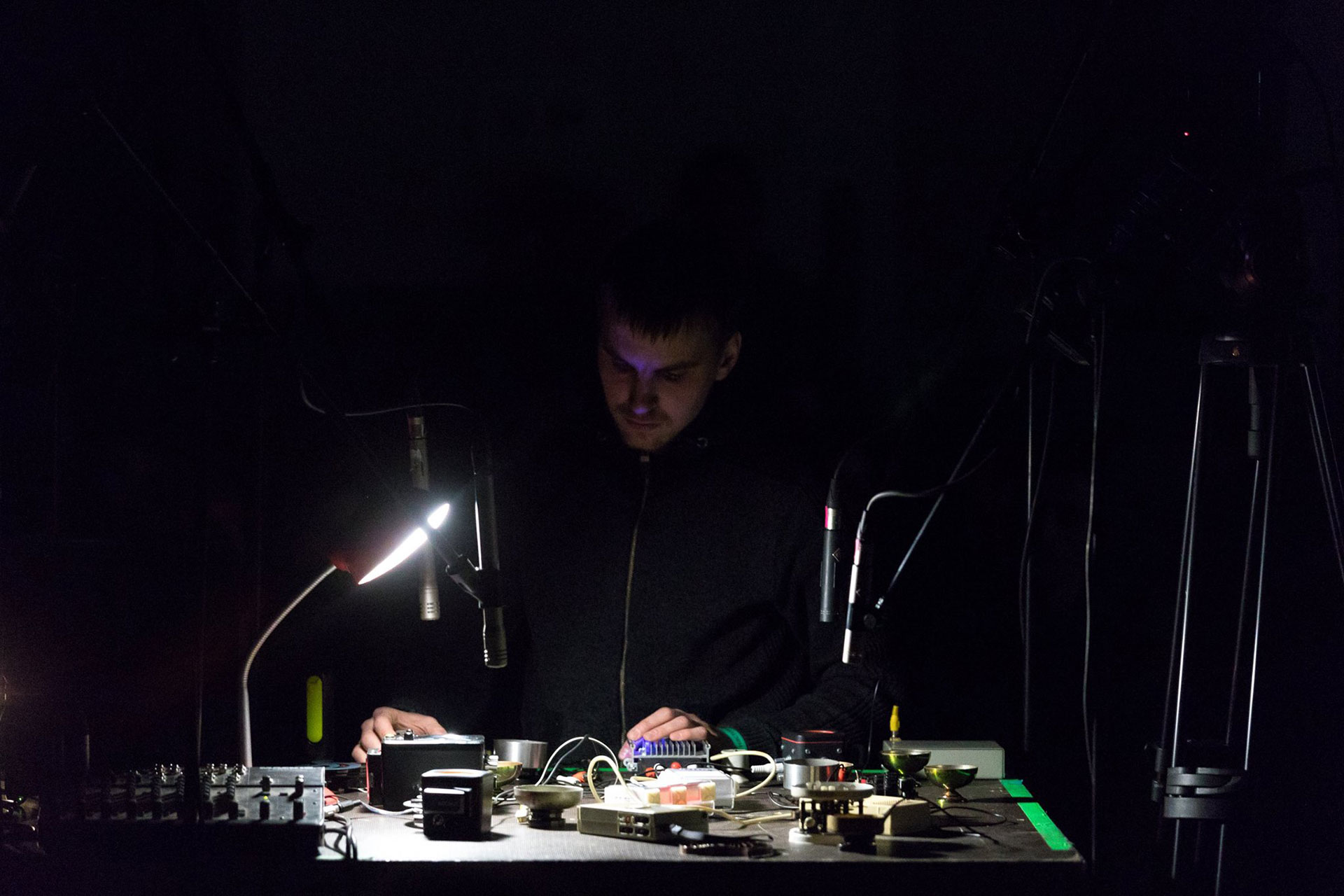 Sounds surround us everywhere. Merging in sound fields, they form a phosphere, inside of which occur permanent tectonic processes of moving acoustic masses with the emergence and disappearance of various sound-generating objects from the surrounding world. Many sounds like the doorbells ringing, the mechanical clock ticking, the kinescope TV high-frequency hums, the medium- and long-wave radio noise, the rustle of paper books pages, have recently been the part of everyday life, but now gradually go under its surface, becoming the subject of media archeology and raw material for the sound structures creation.

The "Audioarchitecture" project is a series of spatial compositions of found and reconstructed objects that are converted into multi-channel sound canvases in real time according to the sound field modelling principles.

The separate direction of this project is "Kinematonics", which works with kinematic object compositions revealing the psychological duality of the sound field perception. On the one hand, the sound wave is a dynamic phenomenon and has a definite movement speed, perceived in everyday life as time intervals separating the lightning and thunder, or the Doppler Effect as a change in the frequency of the cars passing by noises. On the other hand, the constant sound is usually perceived rather in the form of a static acoustic field around the sounding object and, even, as a part of it.

Combination of both these ways of sound perception in the audio-architectural space makes it look like a kinematic sculpture as the fusion of dynamic immobility and static motion. 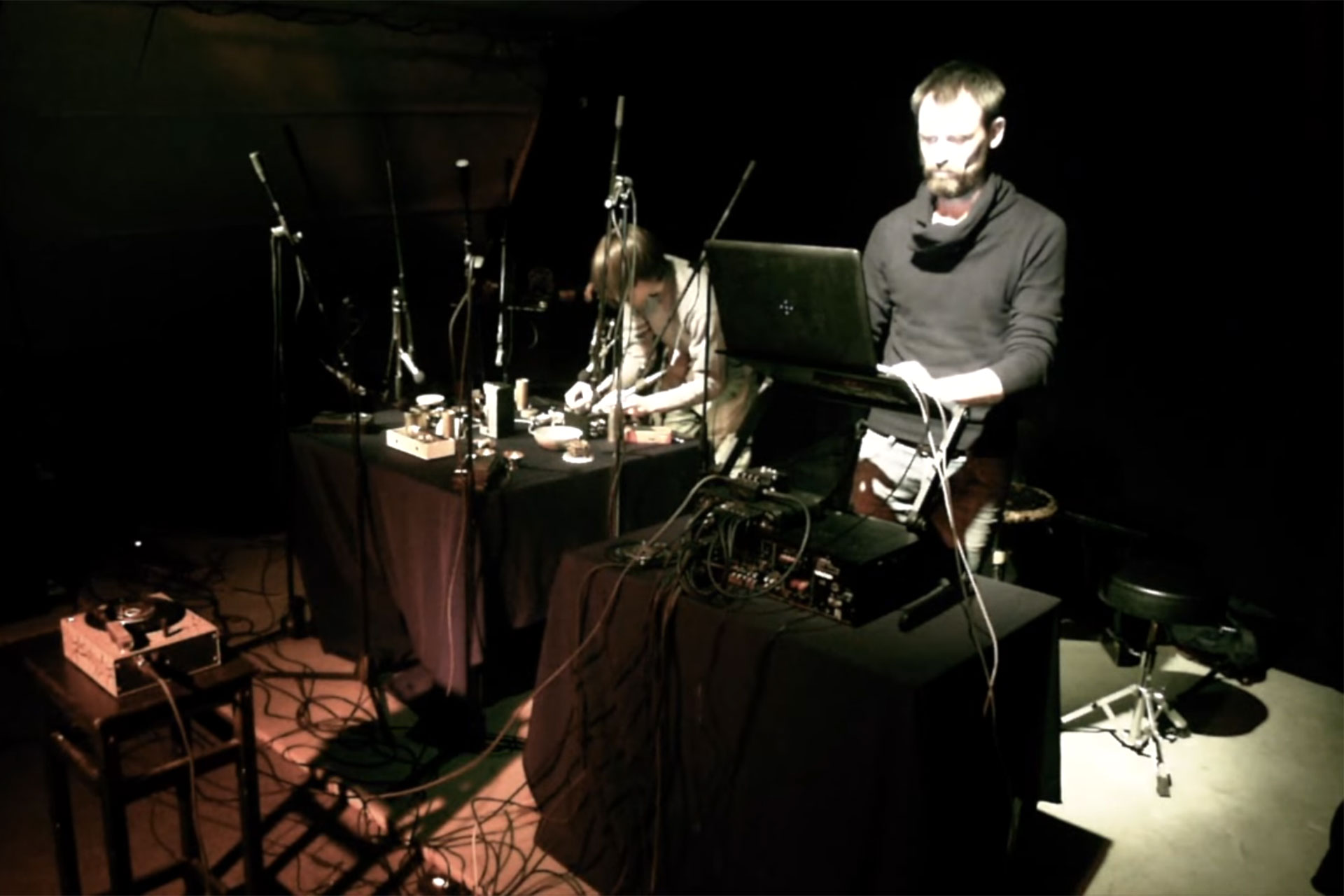 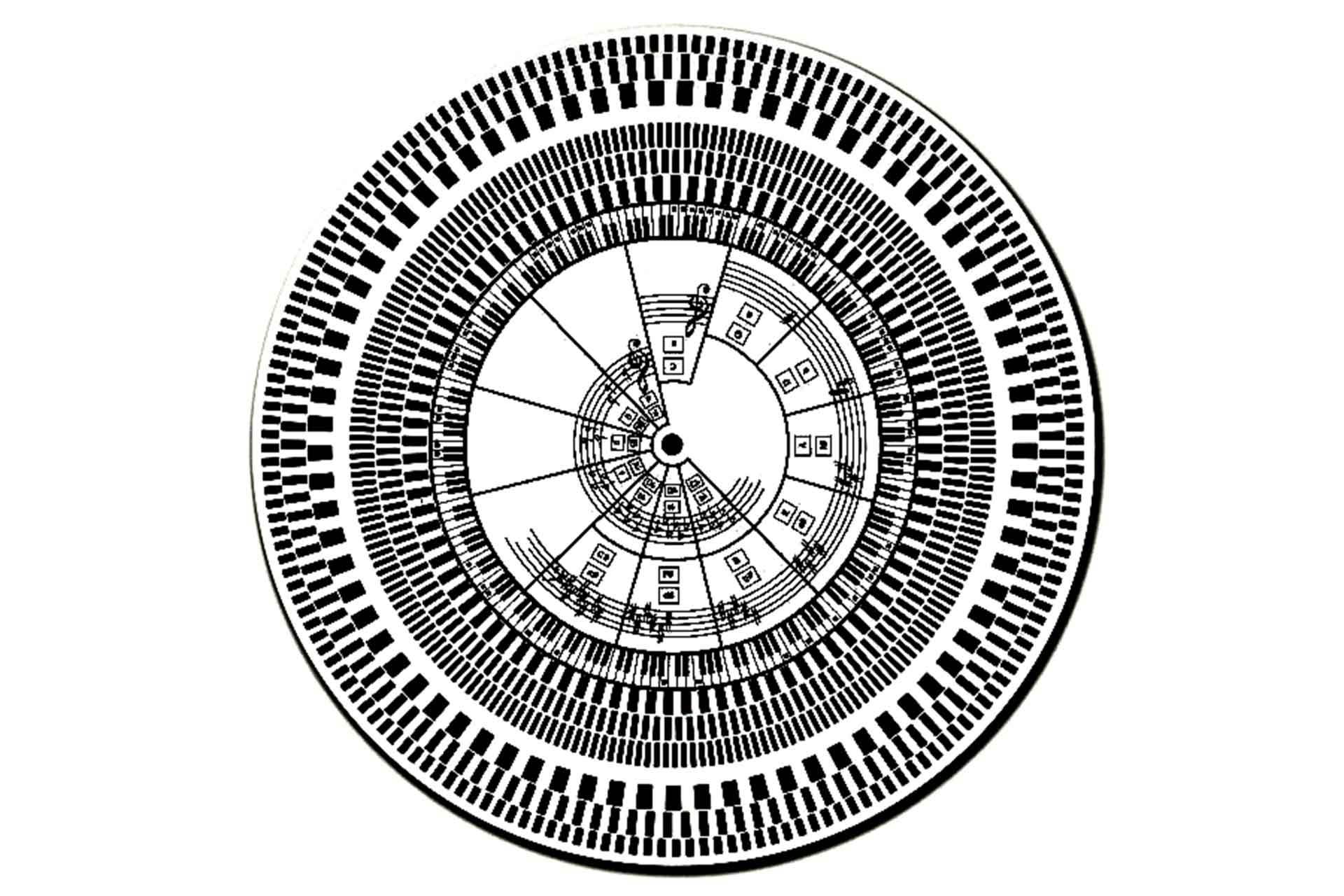 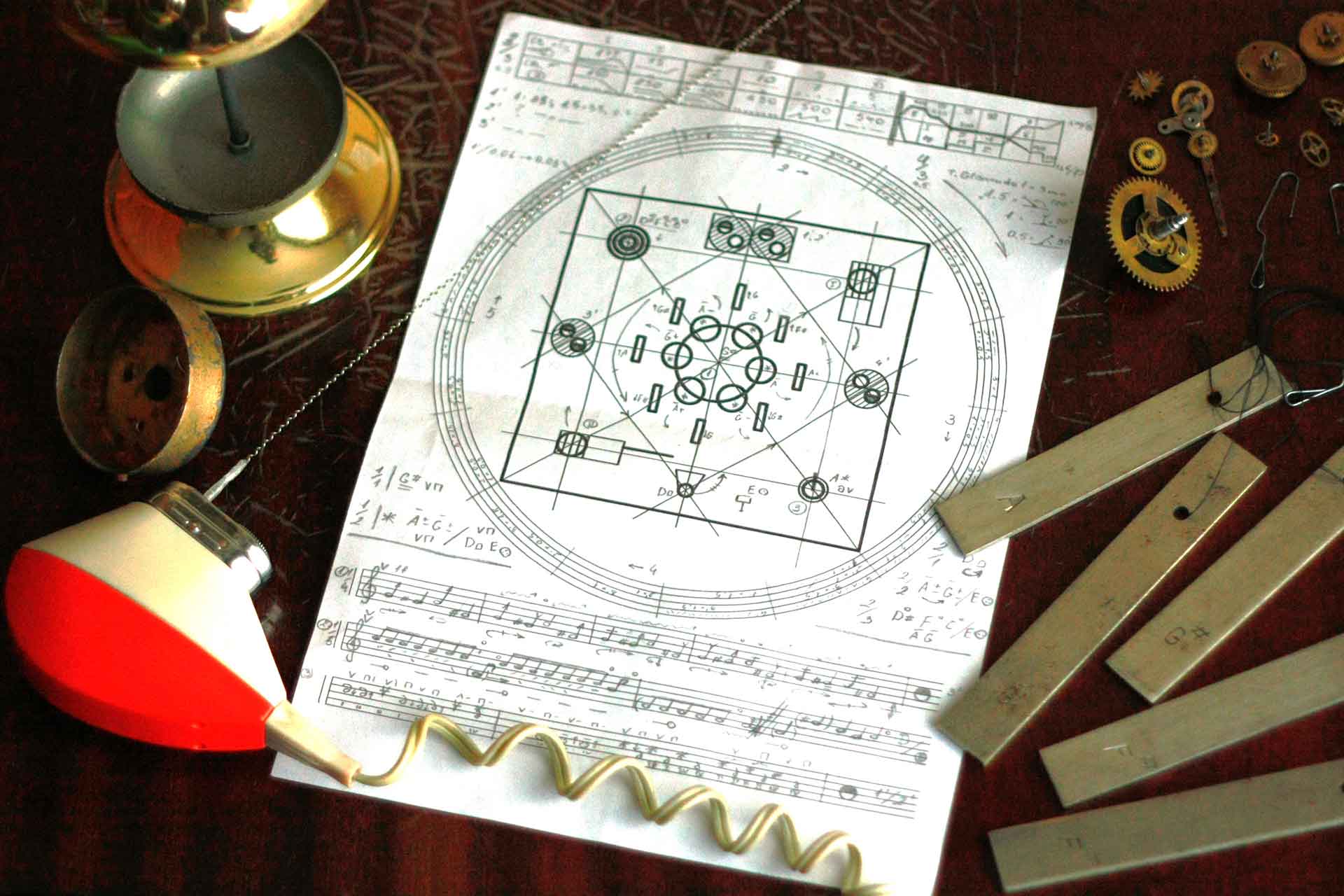