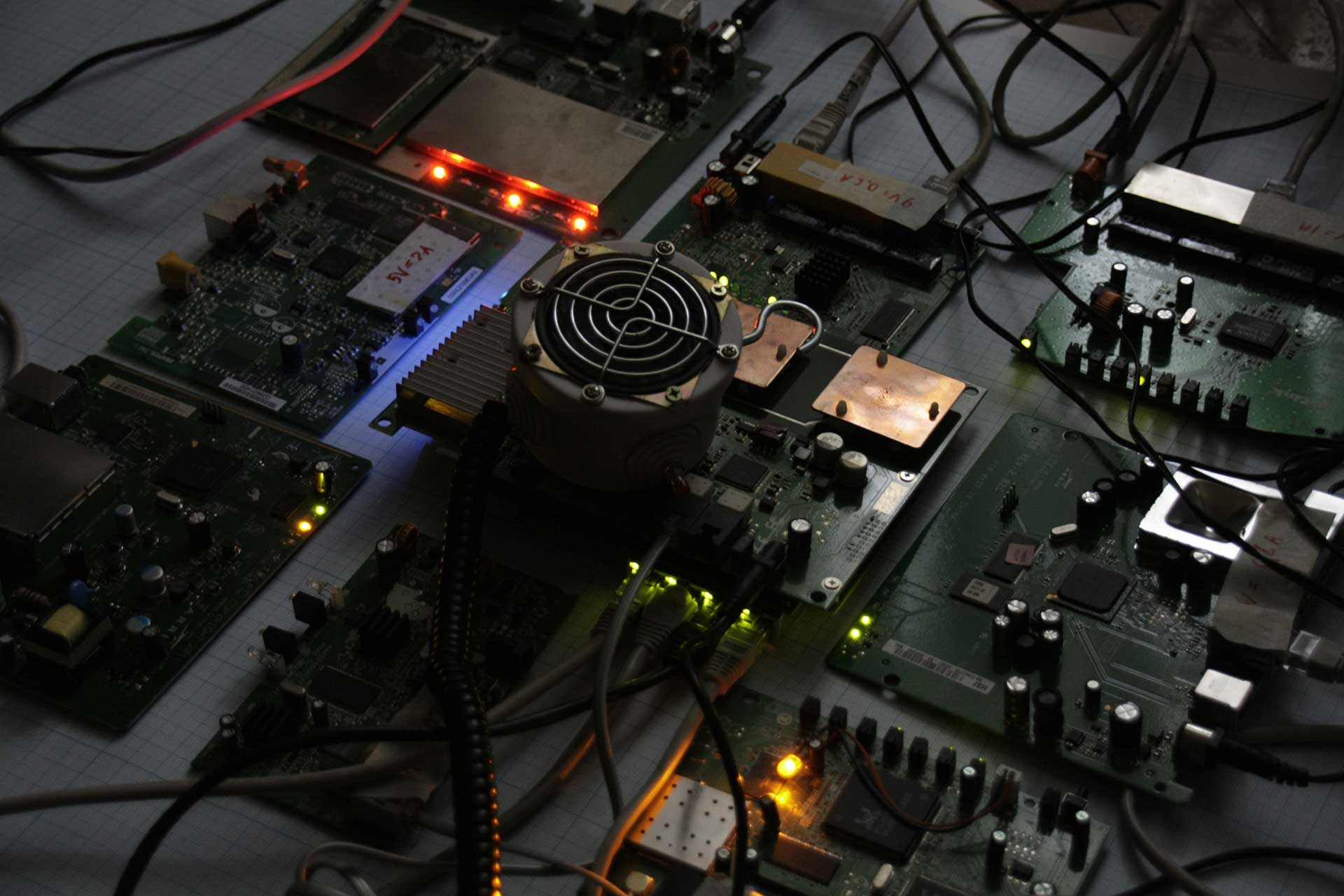 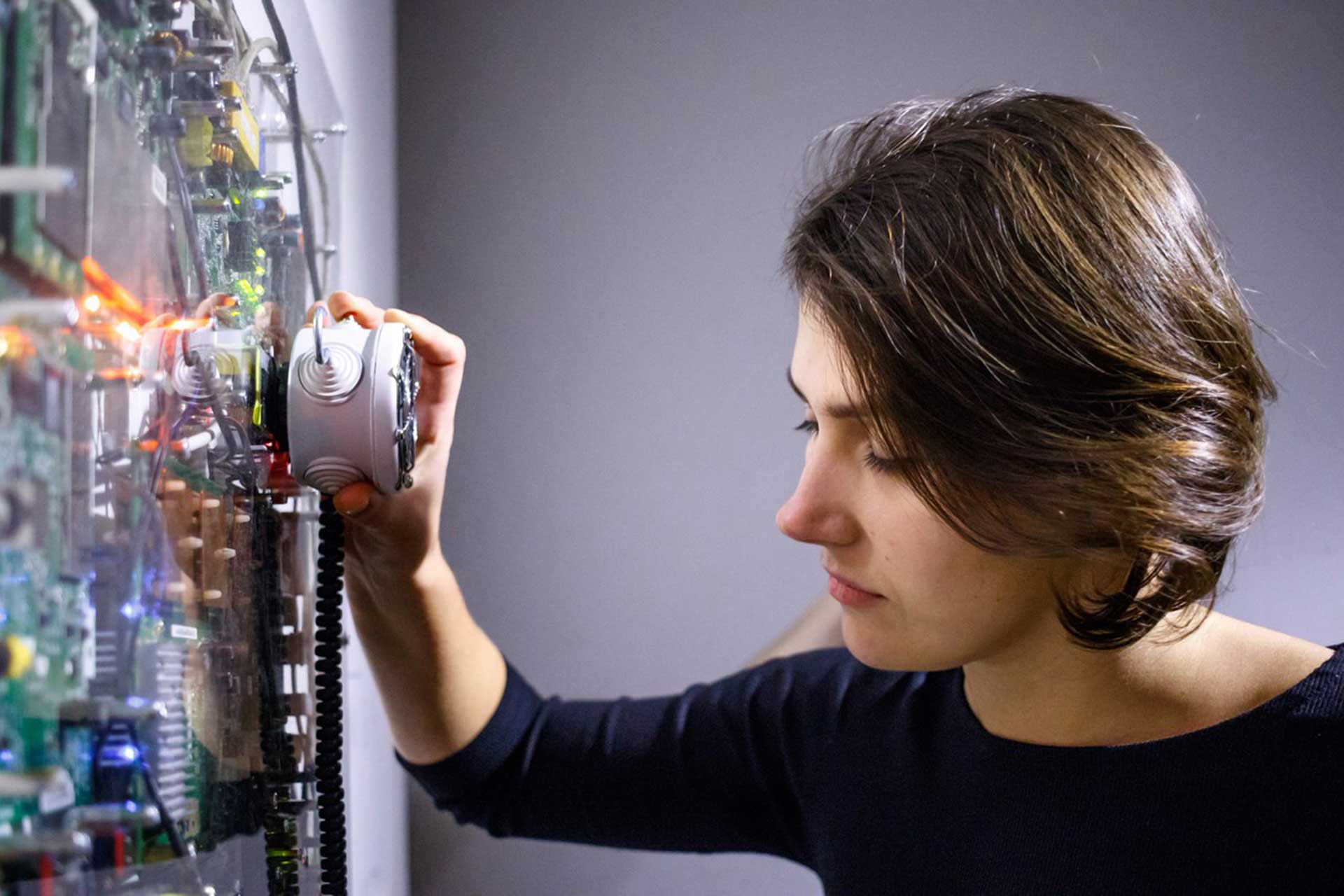 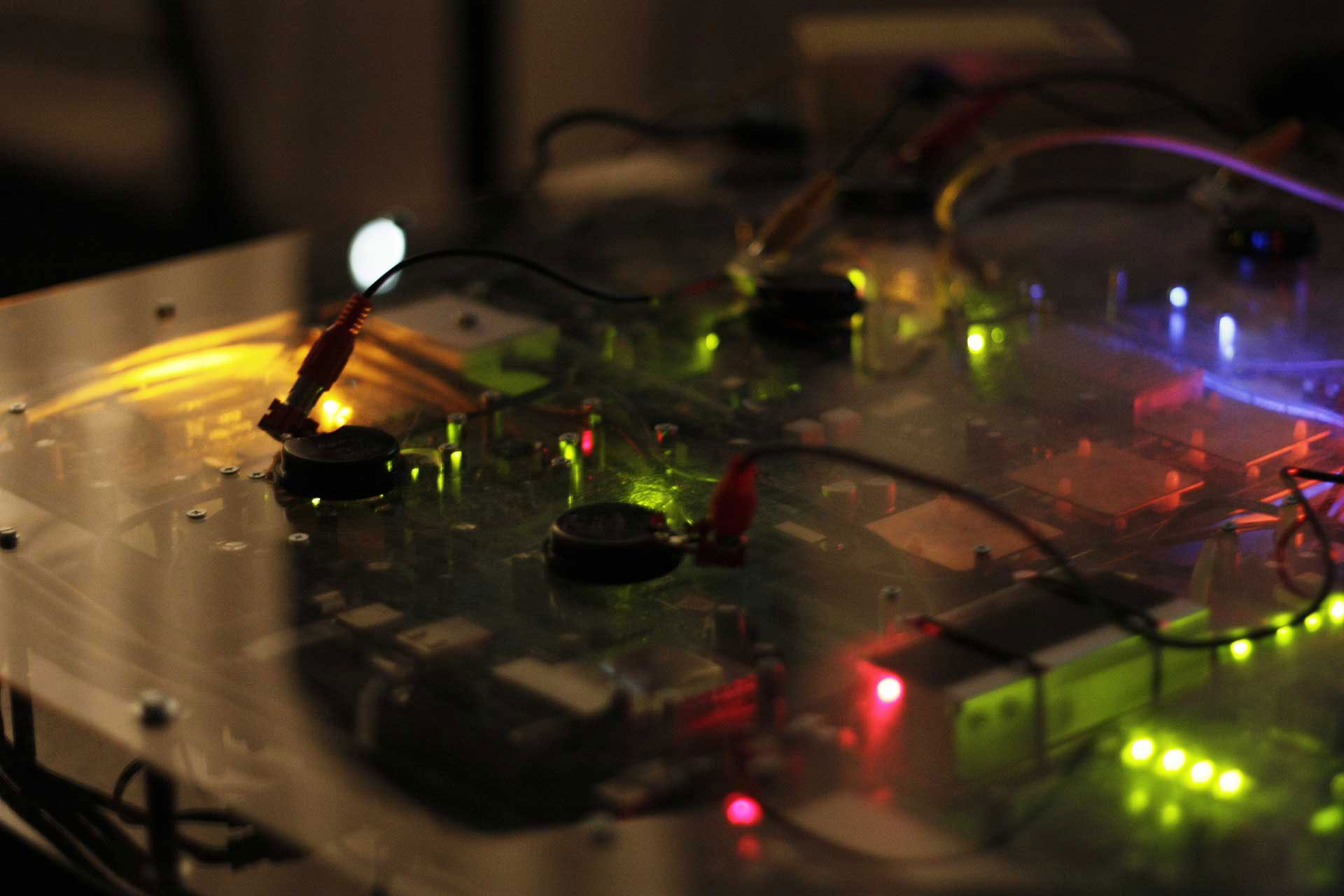 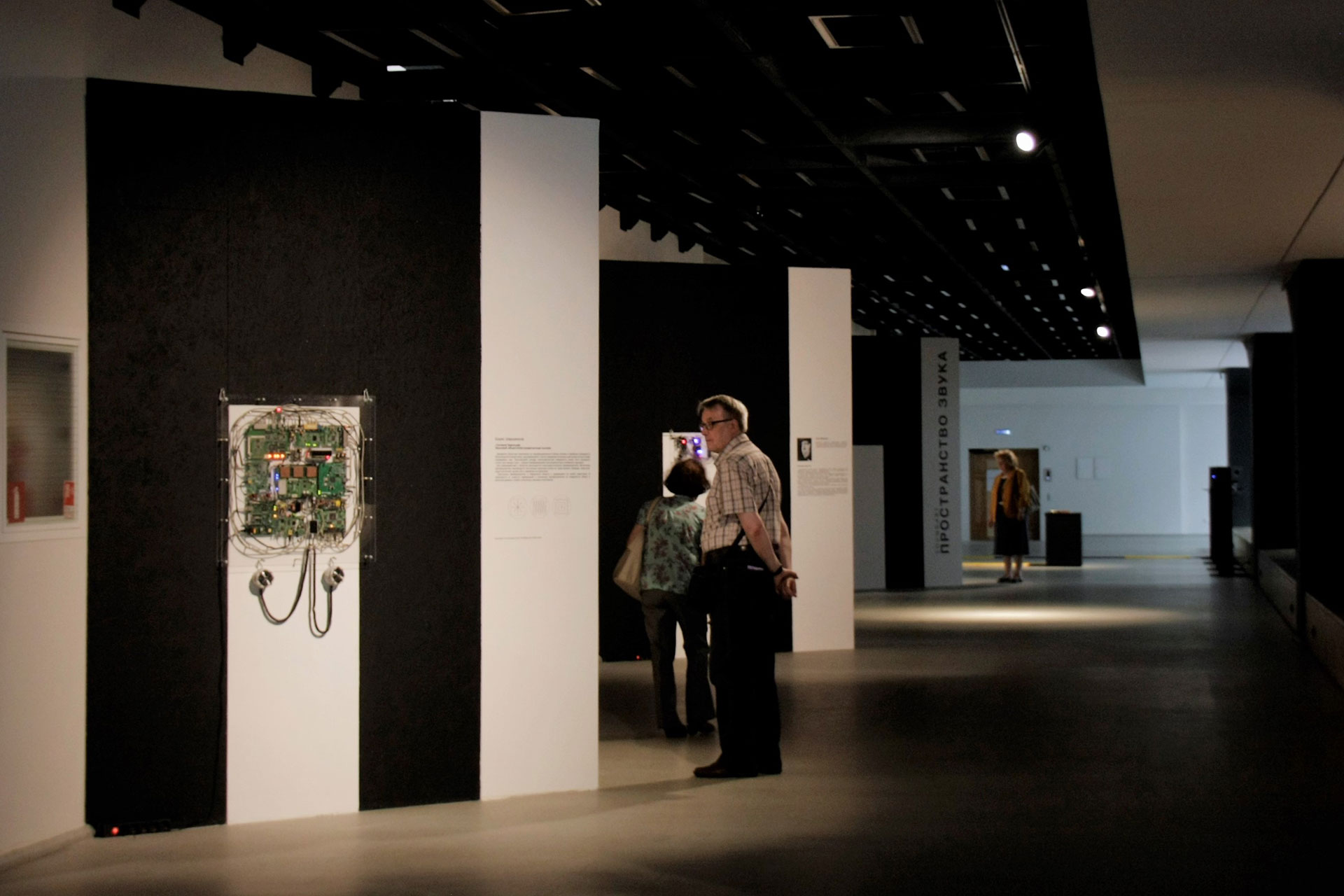 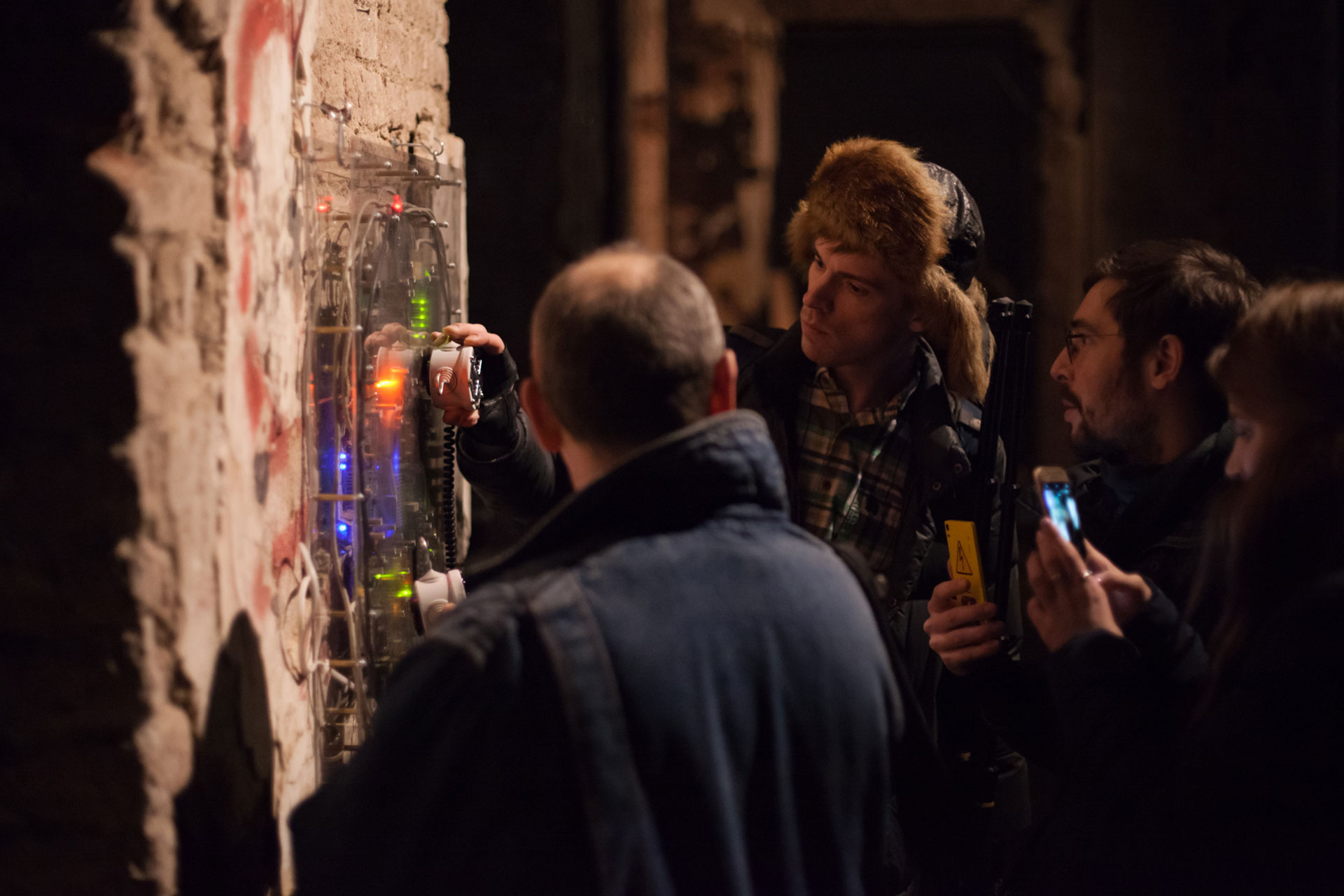 Having appeared less than 100 years ago, electronic systems now are huge part of our everyday life. Every year the number of electrical devices around us is increasing and their designs and interactions between them become more complicated. All these devices can serve different purposes, but they have one thing in common. That thing is their own voice, which is inherent to all electrical equipment – the electromagnetic irradiation.

Large number of different technologies have been created for the detection and interpretation of high frequency electromagnetic waves. These technologies allow to send and receive information at a distance and include radio transmitting equipment, television systems, wi-fi, etc.

Changes in this landscape are global and tectonic. Their audiovisual monitoring allows us to overview the state of surrounding technologies at different time periods and rearrange interaction with them.

This sample further exists independently of the other landscape in the form of three-dimensional electromagnetic fields collage generated by devices of the investigated technological layer.

The relief of the electromagnetic surface then can be perceived by means of direct conversion of electromagnetic oscillations into sound waves and their visualization with the help of special installations.

The “Electromagnetic ectype” object is a structure made of various found objects that generate electromagnetic radiation. The object arrangement in space forms visual "electronic score" of a musical work that can also be used to generate reproducible sound sequences. 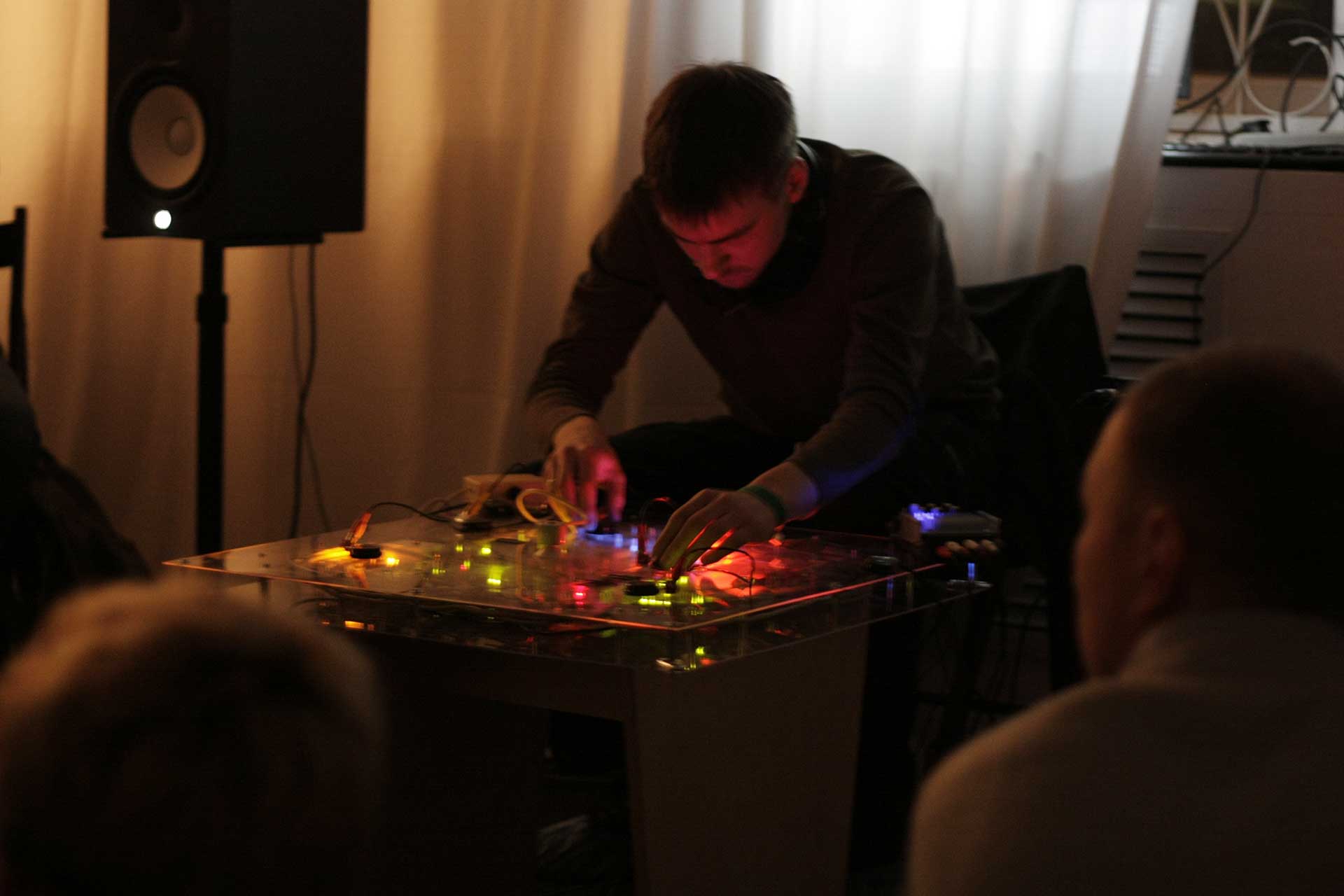